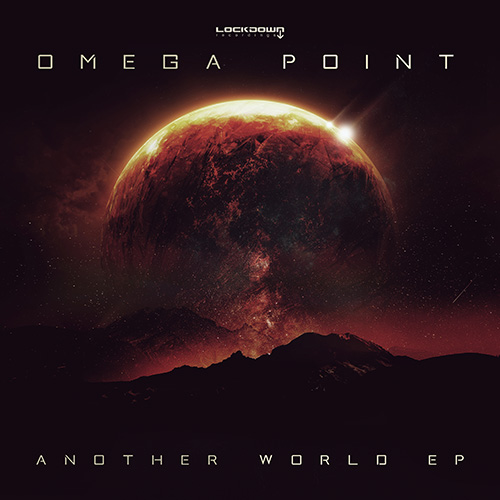 Bath-based Omega Point flew onto the scene last spring, following the release of his debut EP Frostbite, released through the imperative imprint Beat Spectrum. On first listen to his work it’s easy to see that the producer and DJ primarily looks to explore the deeper, darker edges of the drum and bass scene. And it wasn’t long before Bristol’s drum and bass and jungle label, Lockdown Recordings, decided to take this gifted creator under their wing; since then he has been hard at work, perfecting his newest collection of records.

‘Another World’ certainly lives up to its name, with the expertly executed subtleties of each track giving the collation a quirky, ethereal quality. It demonstrates exactly how Omega Point came under Lockdown Recordings’ radar. Intergalactic sounds punch through precise percussion and rolling baselines to whisk you away to a faraway place.

You are carried into Omega Point’s world by the more sinister, alien sounds of the EP’s namesake track. It’s a steady start that sees you descend into a chesty, deep-bass realm, not so much high-energy but still incredibly evocative; the distorted vocals that permeate the track’s central breaks are haunting.

Vocals are a key feature in the opening of ‘The Mission’, nestled in amongst rolling beats and percussive crunches which repeatedly give way to bursts of euphoric, old-school bubble bass. The artist’s unmistakable skill has enabled him to keep each track distinct, despite the entire selection conjuring a consistently ominous, brooding atmosphere. ‘Skink’ is the next offering, with its crisper, tinnier strikes. Slightly sharper in its approach than any of the other three tunes, its dipping bassline really packs a punch.

Liquid notes don’t come onto the scene until we reach the latter part of ‘Another World’, and ‘Romeo & Juliette’. The final six minutes take us on a musical journey that further solidifies Omega Point’s unique sound: the track seems to bring together a selection of the most powerful elements encountered in the EP so far.

There’s a lot of excitement surrounding this promising young producer. Prepare to lock into the mix, and be transported to an otherworldly destination…